How Video Analysis Is Applied to Handball 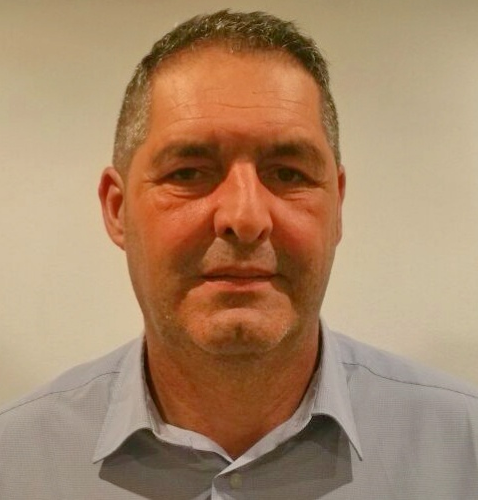 José Luis López Becerra is a video analyst at the Spanish Handball Federation and has been one of the people in charge of video analysis for the Spanish National Team in both the male and female categories for the last 7 years.

Like many other sports, handball has had somewhat of a technological revolution in the last few years which has sought to improve individual and team performances in the sport.

The two aspects that have seen the highest evolution are the physical (GPS, radar, etc.) and, especially, the analysis of the game. In this article, I’ll focus on the latter, in which there has been massive change.

The work methodology has undergone a huge transformation, based on the incorporation of hardware and software which facilitates the work, allowing for exponential improvement.

My work as an analyst bagan in 2010 with the Women’s National Team and, in 2013, I began working simultaneously with the men’s team. My years of experience allow me a broad perspective on the evolution of our sport from a video analysis point of view.

In this article, I’ll try to summarise the work the video analysis department does.

Every team in the Federation works with the XPS software. In my case, I complement this with Nacsport Elite, which gives me exclusive tools such as frequency charts, data patterns, heat maps and many others.

In addition, the advances in internet speed and the use of high speed servers allows us to analyse from home, thousands of miles away from where the team is playing in World Cups or European Championships.

In handball, unlike in football or basketball, we have a big limitation. There are no image or data providers, so we have to do all the work in house, from registering actions to collecting data.

In recent years, coaches have been concerned about the statistical data which complements the images. In my case, I use the same analysis to extract data and, once this has been reviewed, we define what is most relevant. Nacsport’s Data Patterns tool makes this much easier.

The methodology of work with the national team is totally different from working with a league team where the matches are spread over a longer period of time. In the world cup, for example, the schedule is much more intense with a match every second day.

This schedule determines the way we work. During a championship, we usually focus exclusively on our opponent. Once the championship has finished, we go into more detail on our own performance, trying to identify strengths and weaknesses, although the process differs slightly between the men’s and women’s teams.

In the men’s team, I’m in charge of the individual performance analysis, whilst my two colleagues focus on the team performance. We usually analyse between 6 and 10 of our opponent’s matches.

Once we finish our work with the opponent, we pass it on to the coach and assistant coach. This has two purposes. On the one hand, they allow the coach to prepare for the game and, on the other, a presentation is made to the players.

With the women’s team, we work with fewer matches, between 4 and 6 and I am the first filter. Once the analysis has been completed, I pass this to the assistant coach and the goalkeeping coach. They are in charge of selecting the most relevant video clips which are then passed to the coach to help with the final game plan.

ONLINE GUIDE: HOW TO GET STARTED IN THE WORLD OF VIDEO ANALYSIS

In both cases, it’s very important that we consider the speed of the analysis. All the coaches must receive the video clips on the evening after the match so they can start their preparatory work the following day with all the info they need.

From a tactical point of view, we analyse the opponent’s behaviour, trying to find repeated patterns in the game. We take into account when they occur in the game, the form of players, defensive systems used, pace of play, etc. We’ll expand on this later.

As handball is a sport in which the performance of the goalkeeper is extremely relevant due to the high number of shots during a game, they are usually shown the clips of the attacks of the team we’re going to face. We always supply them with raw footage of shots and replays, so they have the maximum information about the opposing team’s attack.

We also concentrate on the opposition’s goalkeeper and pass this info on to the players, especially the second line. We show them interventions by said keeper in various scenarios (wingers, 7 metres, counterattacks9 which allow them to choose the best line of attack, through lines in which the keeper is weak.

Now it’s time to talk about the button templates we use. If we don’t define the template correctly, the data we collect could be irrelevant. In other words, they won’t help us to separate the wheat from the chaff.

All of the coaches I’ve worked with use different button templates. Each of them prioritises different types of information but, to tell the truth, they are all quite similar and none of them miss out the fundamental information that is really needed.

Here’s a typical example of a typical handball template:

In the template, we can see that our categories consist of different tactical procedures, as well as counterattack situations that don’t allows the positional attack to develop. These buttons are manual, since positional attacks in handball can last for several seconds or a couple of minutes.

As descriptors, we have the result of the play (goal, miss, loss, etc.), if the action is in attack or defense, and if there are numerical imbalances (remember that in handball, a team can be down one or multiple players due to disciplinary action).

Other descriptors include the type of defense and the time in the match in 15-minute intervals.

In the bottom left, we can see individual categories. These grab video clips which start 6 seconds before the play happens. Scoring a goal, for example, takes us to a new sequence in which we can tag the area of the field the action happened, which area of the goal it was scored and the player who scored.

This template offers enough information to detect the strengths and weaknesses of the team as a whole and the individual players.

The Nacsport Data Matrix is a great tool which I use to filter all the collected information.

The National team is made up of a multidisciplinary team of assistant coaches who support the head coach (goalkeeper coach, physical trainers, doctors, physiotherapists, delegates). Each and every one develops their tasks with the utmost involvement and professionalism.

Together, we have achieved enormous success in recent years. In fact, our motto, “All for one”, succinctly sums up our philosophy. Last year, the Warriors have been runners-up in the European and World Championships and directly qualified for the Tokyo Olympics.

Importance of Investing in Video Analysis

Video analysis as part of this multidisciplinary team is here to stay. In fact, the Federation has made huge investments in this technology in the last couple of years.

Despite this, there’s still room for improvement. With the greater implementation of reliable data collection, I believe we should be focusing on Big and Smart Data.

We can also see an increase in video analysts with good training coming through. This is mainly due to the democratisation of specific software and tools, meaning they are more available for training purposes.

What is certain is that, with all the new tools which will inevitably come in the next decade, we can take our sport, handball, to new levels.