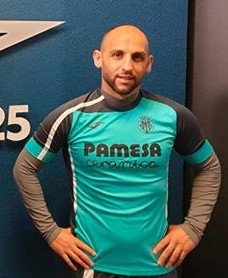 After last week's analysis of Barcelona vs Sevilla, we turn our attention to international duties this week as France take on Portugal.

This tactical analysis was completed using Nacsport, InStat and KlipDraw.

Mutual respect and a determination from both teams to avoid errors was the order of the day as two of Europe’s best international sides faced each other in the Nations League last Sunday.

Both teams sported similar play styles and formations. Portugal, number 8 in FIFA rankings, starting out with the ball in a 4-3-3 and current world champions France, ranked just above Portugal at number 6 in the world, came out with a diamond 4-3-1-2.

Portugal kept their lines tight with Joao and Bernardo out wide sticking close to their French counterparts leaving a line of 5 or sometimes 6 defending low in midfield. With so many players behind the ball at all times, Portugal struggled to take advantage of the space in midfield and push out against France.

France defended in a 4-3-1-2 with very marked lines  with 4 in defense and 3 physical midfielders in the shape of Rabiot, Kante and Pogba playing just in front. The three forwards hung out in front of the defensive lines with Mbappe and Giroud closing down the inside passages, forcing Portugal to play wide. France tried to keep things tight in the centre of the field leaving space out wide.

Both teams had major problems creating a coherent attack with very little rhythm on the ball and low risk, predictable movement. This lack of clarity and inventiveness was reflected in a match with very little to highlight.

France, usually comfortable in space, simply weren’t given enough to work with, and that made attacking difficult. They constantly tried to link up with Griezmann, who hung off the opposition defense in midfield. Mbappe ran the left wing but was left with little options for 1 vs 1 thanks to the positioning and support from Semedo in the portugese defense. Giroud seemed to be AWOL for the majority of the match and struggled to find his place.

In the first half, France missed Pogba’s dynamism and personality in the centre of the field to add to the attack and bring speed to the game. But above all, they were missing the ability to steal the ball from Portugal in their own half and open the game up.

In the second half, the french improved immeasurably as Pogba grabbed the portugese bull by the horns and led France up the park. His link ups with Griezmann were the best of the game was to be found, attacking and recovering the ball quickly, constantly pushing the portugese half. The shortage of goal line action came from a lack of effectiveness in long range shooting and errors in the final pass.

A solo run by Mpabbe almost changed the game as he dribbled through the defense and came face-to-face with the portugese keeper, although, in the end, Ruí Patricio did well to hold Mbappe’s shot.

The great virtue of the french game, transitions and counter-attacks, were used sparingly in the second-half, and made the portugese look tired. The supporting play and the returns were not so good. The problem for the french generally came in their failure to find the last pass that would see them clear on goal, thanks, in part, to a great game from Portugal’s two centre backs, Pepe and Ruben Dias.

Portugal, on the other hand, attacked with vigour in the first half with plenty of mobility between the three attacking midfielders, Silva, Feliz and Bruno, linking up well with Ronaldo up front looking for space between the centre backs and wing backs.

There were missed opportunities for Portugal to switch sides and create more space and possible 2 vs 1 situations against the french defense, to scatter them and take the advantage. With the french playing so tight on the inside, the opportunities were on the wings to pull the french to one side and open up the other wing. This would have caused both Rabiot and Pogba to arrive late on the other side, creating a 2 vs 1.

With few clear opportunities for the portugese, save a handful of set-pieces, they seemed to concentrate more on maintaining the ball rather than risking dangerous passes inside and really attacking the match. There was, generally, too much respect for the french counterattack and, as a result, they attacked with one eye on the transition to defense. They lacked punch, bravery and awareness of how to create space on the wings.

In the second half, the portugese attack was ephemeral with Bruno all but disappearing and Joao and Bernardo sitting too far back, leaving Ronaldo as an island up front.

The french basically dominated the second half with only a few opportunities, such as Ronaldo’s pass to Trincao or the verticality of Trincao and Jota, generating any kind of danger.

In the end, a draw was probably a fair result with both teams tying statistically and each dominating one half of the game.

Both teams deserve respect for the way they played, France with their solid defensive lines hoping to take advantage of portugese errors and Portugal with its quality players trying to draw the french out of their defensive roles. But in the end, Portugal produced very few errors for France to take advantage of and France remained solid in the face of portugese positioning.

Organisation cancelled out talent and vice versa. We were left at an impassé between a rock and a hard place. No goals, but a fascinating battle nonetheless.